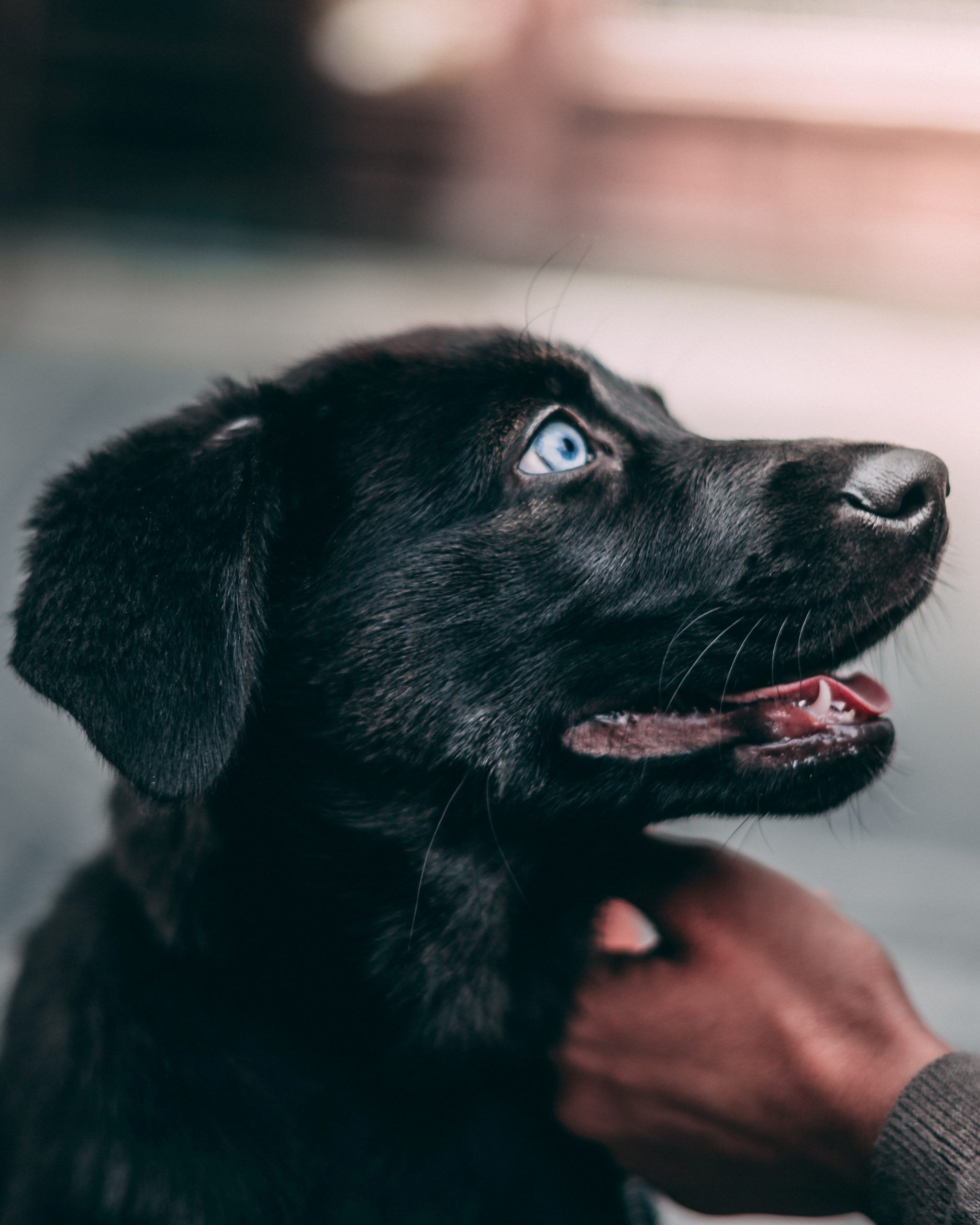 Labrador Retrievers with blue eyes may be a rarity that dog owners may be looking to find. While Labradors come in many types and colors, their eye color is typically brown. So is it possible to find one with blue eyes? We explain if it is possible, and why.

Can Labrador Retrievers Have Blue Eyes?

So while it is possible to see Labradors with blue eyes, it is important to know why. If you are looking at a puppy, just know that the eyes will change color to a darker brown. If it is an adult, then you are either viewing an unhealthy dog or a Labrador mixed with another breed.

There are cases where Labrador Retriever puppies can have dark blue or light green eyes when they’re young. However, that does not mean the puppy will still have blue eyes when it’s an adult. Puppies with blue eyes are the result of a lack of pigment.

As we know, it’s not until puppies are about two weeks of age that they open their eyes. And even when they can open them, their eyes won’t fully work.

Nevertheless, it will take a few weeks for the puppies’ eyesight to improve, and it’s when their blue eyes will turn brown.

Yes, almost all dogs’ eyes will change color. At birth, all dogs’ eyes are a shade of blue. Then, over the first months of life, they will gradually darken to brown.

However, suppose your golden retriever’s eyes were previously brown and are now starting to turn blue. In that case, you might want to visit the veterinarian to check your Labrador’s vision.

This is because of a rare side-effect of eye illness in dogs, such as glaucoma and cataracts, which are changes in eye color.

If you find yourself with an adult blue-eyed Labrador Retriever, there is a high chance it’s not a purebred. However, there are cases where you find dogs that look like they are 100% Labrador until you see their eyes.

For example, if you see one with eyes as blue as a husky’s, then it’s possible the breeder crossed it with a husky, probably many generations in the past. The same thing happens with silver labrador retrievers. They appear like regular Labradors (except for their unique color), but they are not considered purebred Labrador Retrievers.

When mixed with a Labrador Retriever, some dog breeds can have blue eyes as a result. Below is a list of possible breed mixes that could create blue eyes.

Blue eyes in a Labrador Retriever can be linked to health conditions in their eyes. While this might not always be the case, there are a few issues to keep in mind.

There are several different health conditions that Labrador Retrievers are susceptible to that could cause them to “seem” as if they have blue eyes. A few of them are:

A cataract is an eye illness when the eye lens becomes cloudy, leaving the eyes looking blue or cloudy. This may arise as a result of injury, genetic disorders, disease, or old age.

The denser and bigger they become, the more likely it is for them to lead to blindness. So, if this is your Labrador’s case, and if you think the dog may have cataracts, have the veterinarian check on it.

Glaucoma is an illness where the eye pressure has levels that are higher than normal. It can be caused by a few potential events, such as tumors or injury, and can also lead to blindness. And like cataracts and nuclear sclerosis, glaucoma may also cause the eyes’ appearance to become blue or cloudy.

A Labrador Retriever’s eyes turning blue could be caused by other problems. So, in essence, if you realize your dog’s normally brown eyes are turning blue, take it to the veterinarian. It could be a serious issue that could cause blindness.

Nuclear sclerosis and cataracts are often confused by many dog owners. The reason for this is because both of them give a bluish, cloudy hue to the dog’s eyes.

But, the truth is that nuclear sclerosis doesn’t affect a dog’s vision, is painless, and doesn’t have treatment.

There are “albino” animals in the world. Albino animals have a deficiency of the genes that produce melanin, which is the pigment that gives color to the skin and hair.

Albinism is very rare in dogs. Animals that have albinism tend to have pink eyes, but this isn’t the case for dogs. In dogs, albinism is more likely to give them blue eyes. Albino dogs also have white fur and pink noses.

What Is The Standard For Eye Colors In Labrador Retrievers?

In the United States, the AKC (American Kennel Club) has the responsibility of registering dogs. Then, based on the input from the breed’s national parent club, this dog pedigree association regulates each breed’s standards.

Regarding what color a Labrador Retriever’s eyes should be, the Labrador Retriever breed standard from the AKC states the following: “Eye color should be brown in black and yellow Labradors, and brown or hazel in chocolates. Black, or yellow eyes give a harsh expression and are undesirable.”

Therefore, blue eyes are not appropriate for Labs. So, you’ll probably never find a purebred Labrador Retriever from a reputable breeder with blue eyes unless we are talking about a puppy or one with health issues.

If you see a breeder advertising “Blue Eyed Labrador Retrievers For Sale” it is a scam. There are many puppy scams on the internet so be very cautious.

Some less reputable breeders will want to charge more money for their “specialty” blue-eyed puppies because of their different eye colors. They will claim these versions of dogs are rare and worth more. Don’t get scammed, as these are not trusted breeders.

To summarize, labrador retrievers are not supposed to have blue eyes. The breed standard is brown eyes.

There are three things to keep in mind when looking to get a blue eyed Labrador Retriever:

If you wish to have a blue-eyed dog, then a husky or another breed with the tendency for blue eyes is a possible choice. Another choice would be to find a mixed breed dog, we would just advise to avoid paying a premium for those dogs and enjoy them for what they are.

If you have your heart set on a purebred Labrador Retriever, then you’re going to have to settle for their big, beautiful, brown eyes!

If you have concerns about the health of your dogs eyes, be sure to visit your veterinarian. To learn more about Labrador Retrievers health issues, be sure to check out our post on Common Health Problems.

Anne Traas, DVM, MS, DACT is a veterinarian and the President of Labrador Retriever Society. She is a specialist in canine reproduction. In her day job, she is a leader in a small biotech where she and a team of vets and scientists are working to develop new medications for pets.

Crate training is a breeze, said no one! Crate training a Lab puppy is not for the faint of heart. It’s a job that requires lots of patience and most importantly persistence. Labrador retrievers...

Just like us, maybe not as frequently as us, all dogs require regular bathing and grooming. In this article we give you step by step instructions on the basic of Labrador Retriever bathing including... 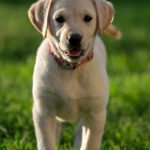 Crate training is a breeze, said no one! Crate training a Lab puppy is not for the faint of heart. It’s a job that requires lots of patience and most 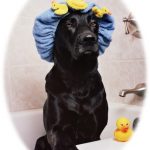 Just like us, maybe not as frequently as us, all dogs require regular bathing and grooming. In this article we give you step by step instructions on the basic of 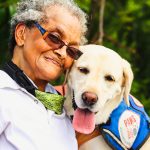 Supplements can be an important part of your Labrador’s health. Here we list our favorite supplements for Labradors that may benefit your dog. While not always needed, there are many 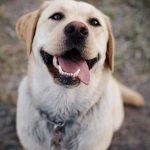 Obesity in Labradors is one of the most common health conditions we see in this breed as veterinarians. They LOVE food but, Labrador Retrievers that are overweight or obese are 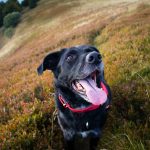 No matter where you’re located, year-round flea and tick prevention is extremely important for your Labrador. As a vet I highly recommend flea and tick medicine because it can prevent 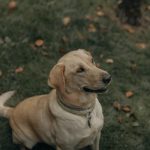 When looking for the best dog crates for Labradors, be sure to find one that is sturdy, includes a divider, and is at least 42″ in order to comfortably fit a full size dog. Our vets recommend a few of our favorites in this article.